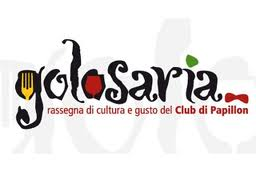 Valdigrano and La Pasta di Franciacorta at the most prestigious festival of taste in the rich Autumn calendar of Milan!

Furthermore, on Sunday 18 Novembre, La Pasta di Franciacorta has been utilised in the cooking show 'Cena da tweet. Acquistare, cucinare, cenare... in 140 minuti' (Tweet dinner. Shopping, cooking and eating... in 140 minutes), in which the chef Danilo Angè has 'performed' it rehidrated and cooked 'like a risotto' with gorgonzola, walnuts and panettone.

Golosaria is an event promoted and organised by the food-and-wine journalist Paolo Massobrio, a member of the Scientific Commitee for Milan Expo 2015 Candidacy and of the Commitee 'Le Firme dell'Expo'.

Patricia Chaves of the Division for Sustainable Development, United Nations Department of Economic and Social Affairs (UNDESA) is interviewed by Erica on the role of Partnerships.